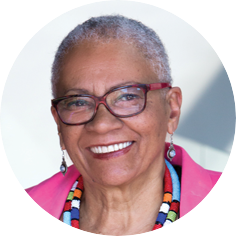 Amelia Jones qualified as a Social Worker in 1969, spent the first 25 years of her career as a Probation Officer and gained experience at Child Welfare, Nicro and Epiplesy South Africa. She joined the Community Chest of the Western Cape in 1993 as the Grant Allocations Manager and was appointed as Chief Executive in 1997, a post she held until retiring in 2013. Amelia’s work in Social development has predominantly been pioneering, transformational and developmental at the local, national and international levels. She remains at heart an ethical dedicated social worker with a passion for uplifting the poor and building communities not just houses. She was awarded an Honorary Doctorate in Social Work from the University of the Western Cape.